4G network providers are likely to have to pay more for their use of UK mobile spectrum bands, after the publication of an Ofcom consultation last week. The consultation has assessed the annual license fees for the 900MHz and 1800MHz spectrum bands used by 4G mobile providers, and Ofcom are proposing to increase these significantly next year. 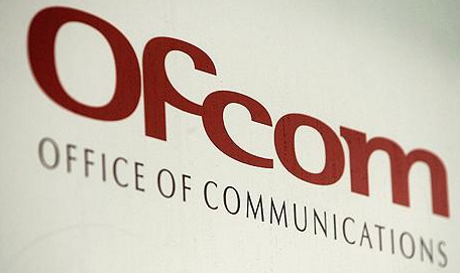 The revision of the license fees comes as no real surprise as a government direction back in 2010 required Ofcom to review the fees to reflect their full market value, taking into particular account the amounts paid in the 4G auction earlier this year. The auction, which took place in February, raised £2.34 billion, which was well short of the £3.5 billion that Chancellor George Osborne had predicted.

The government are keen to make use of the spectrum bands, which are a valuable and finite national resource, and they believe that charging the full market value will incentivise network providers to maximise their use, as well as bringing in much needed revenue. When explaining the purpose of the February auction, Chief Executive of Ofcom Ed Richards said “What we were trying to do was ensure that a valuable economic resource was brought into productive commercial use.”

In calculating the new license fees payable on the 900MHz and 1800MHz spectrum bands, Ofcom has considered a number of factors. As well as taking into account the sums paid for spectrum space in the February auction, it has also considered the amounts bid in comparable overseas spectrum auctions. Finally it has competed a thorough analysis of the technical and commercial characteristics of the UK spectrum bands.

Who Will be Affected?

The proposed licence fee increases will have a significant impact on mobile providers. While network operators currently pay a combined total of £24.8m per year for 900 MHz spectrum, this is expected to rise to £138.5m per year, more than five times as much. The current combined cost of the 1800MHz spectrum for network operators is £39.7m, which is expected to increase to £170.4m.

While all networks that use these two bands will be affected, the hardest hit is likely to be EE, which runs the majority of its 4G services on the 1800MHz spectrum. The cost increase will also affect its 3G networks, Orange and T-Mobile. EE currently pays fees of around £24.9m a year over both spectrum bands. It is expected that this will increase to a hefty £107.1m with the new fees planned by Ofcom.

The impact of these increases on the end consumer is hard to predict. Mobile operators will have been expecting an increase in license fees according to the government direction, so they are unlikely to feel the need to pass the entire cost onto their customers, but they may not have been prepared for the full extent of the increase. Ofcom’s consultation period is due to end on 19 December, and if the proposals are accepted the new license fee structure could be implemented in the New Year.